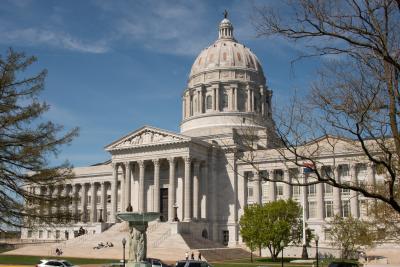 Today, Governor Mike Parson has ordered the Missouri State Capitol dome to shine red and blue beginning on Saturday, September 11, 2021, in remembrance of the 20th anniversary of the September 11 attacks.

"On the 20th anniversary of one of the darkest days in our nation’s history, we remember the heroes lost during the 9/11 attacks," Governor Parson said. "This Saturday, we will light the Capitol red and blue in honor of all the firefighters, law enforcement officers, first responders, and all Americans who risked their own lives and made the ultimate sacrifice, without hesitation, to help their fellow Americans."

The dome will light up at sunset on Saturday and remain lit until sunrise Sunday in honor of the victims of the September 11 attacks and in remembrance of the heroes who gave everything. Pictures will be available on Governor Parson’s Flickr page.