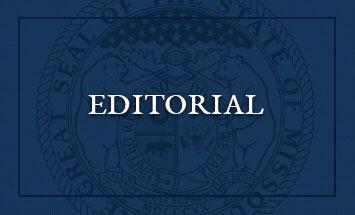 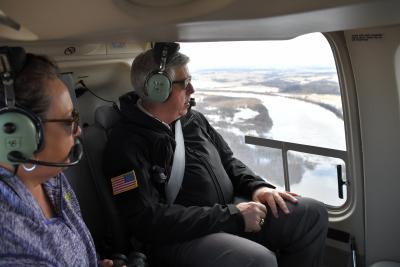 Jefferson City  – The U.S. Army Corps of Engineers manages the Missouri River through the Master Manual, a 432-page document that lays out eight congressionally authorized purposes: flood control, river navigation, hydroelectric power, irrigation, water supply, water quality, recreation, and fish and wildlife (including preservation of endangered species). Congress authorized flood control and navigation as the dominant project purposes for the Missouri River system. However, during a 2004 update of the Master Manual, the Corps shifted the prioritization of these purposes to hold water higher in the reservoir system to benefit fisheries – an action that effectively reduced flood control.

For decades, the State of Missouri has strongly argued flood control must be the Corps’ top priority and that reducing flood impacts is the dominant project purpose that Congress authorized to guide the Corps’ management of the Missouri River. The Midwest is now bearing witness to the devastating results when those eight purposes are not appropriately prioritized.

The Corps maintains one of the nation’s largest flood control systems on the Missouri river main-stem, but the devastating flooding we are experiencing and the previous record 2011 flooding have demonstrated the current system is insufficient to protect us. The majority of the runoff causing the flooding in the Missouri River basin this week came either from unregulated tributaries to the Missouri River without a Corps reservoir or in tributaries to the Corps’ most downstream reservoir, Lewis and Clark Reservoir above Gavins Point Dam – a reservoir with very little flood storage. The Corps should be considering expanding Lewis and Clark Reservoir, adding more flood control reservoirs on the tributaries in the lower Missouri River, or implementing other strategies to expand flood storage, instead of being distracted by protracted debates about endangered species.

It is long past time for change. We must begin a serious discussion about how we improve flood control on the Missouri River. To accomplish this, the states of the Missouri River basin must reassert our leadership in guiding the federal government’s management of the river. After the 2011 flood, the Governors of Iowa, Kansas, Missouri, Nebraska, North Dakota, South Dakota and Wyoming agreed that flood control was their number one priority. I am certain it remains so today.

The State of Missouri has always been vigilant about protecting the life and property of its citizens. For decades Missouri has vigorously opposed changes to Corps operations that would reduce flood control. Unfortunately, despite Missouri’s strong opposition, the Corps’ recently released Missouri River Recovery Program Management Plan includes the possibility of an artificial spring rise, which would deliberately cause downstream flooding to purportedly benefit an endangered species of fish. As this year’s flooding clearly shows, however, there are too many natural rises on the Missouri River. It is time for the Corps to finally abandon any proposal that includes a man-made spring rise on the Missouri River.

In the weeks and months following this flood, it is imperative that the Corps work with levee districts and municipalities to quickly repair the damage to our flood-control infrastructure. The Corps must also work with the U.S. Department of Transportation and the Federal Emergency Management Agency to make our infrastructure more resilient to these recurring impacts.

The Corps can, and needs to, improve the way it manages the system, but we as a state also need to take a stronger role in guiding the federal government’s management of the Missouri River. Our citizens can’t continue to risk their lives, homes, livestock, and futures on a flood-control system that is insufficient to protect them.