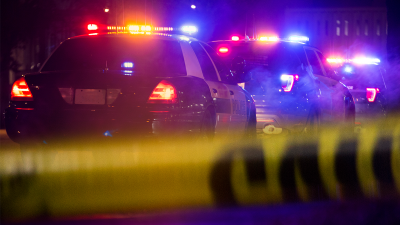 Proposes New Provision to Assist with the Growing Backlog of Murder Cases in St. Louis

Jefferson City  Today, Governor Mike Parson expanded his call to special session on violent crime to include a new provision to assist with the growing backlog of murder cases in St. Louis.

The proposed legislation supplements the St. Louis Circuit Attorney’s Office by allowing the Missouri Attorney General’s Office to take on some of the murder cases that have not yet been prosecuted.

“Homicide rates continue to escalate in Missouri, especially in our urban areas. Innocent lives are being lost, futures are cut short, and families are hurting. This is unacceptable, and we must hold violent criminals accountable,” Governor Parson said.  “This proposal is not about taking away authority. It is about fighting violent crime, achieving justice for victims, and making our communities safer.”

“Our mothers, fathers, and children are being killed at a record rate, and many people don’t feel safe in their own communities. Something needs to be done now, and the Attorney General’s Office is ready, willing, and able to step up and help prosecute these most violent crimes in the city of St. Louis,” Missouri Attorney General Eric Schmitt said. “Through our Safer Streets Initiative, our lawyers are already prosecuting violent crimes in the city at the federal level. We’re here to help, and if given the opportunity, we will work to obtain justice on behalf of victims and prosecute the city’s most violent offenders to create safer communities for all.”

Missouri has seen rapid increases in violent crime rates this year, primarily in the state's urban areas. Part of Missouri has already experienced more homicides in 2020 than all of 2019, putting the state on track to have its deadliest year on record. As of August 9, there have been 161 murders in St. Louis so far this year.

To assist with the backlog and further address the overall issue of violent crime in Missouri, the proposed legislation authorizes the Attorney General to prosecute the offense of murder in the first or second degree, as well as any other offense that was part of the same course of conduct, in the City of St. Louis.