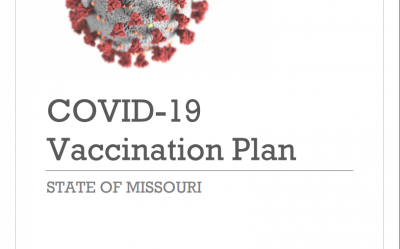 “Thanks to the hard work of our National Guard members, state workers, and local health care partners, Missouri had a very successful week in administering vaccines,” Governor Parson said. “While we still have a long way to go and vaccine supply remains limited, each day we are one step closer to achieving our goal of getting vaccines into the arms of every Missourian who wants one.”

The Missouri National Guard, Department of Health and Senior Services (DHSS), State Emergency Management Agency (SEMA), and local health care partners have now completed 18 mass vaccination clinics across the state. More than 38,400 Missourians have received an initial vaccine dose at one of these events.

DHSS also recently announced partnerships with selected hospitals in each region of the state to support high throughput vaccine distribution. The state is committing approximately 53 percent of weekly vaccine allocations from the federal government to the selected hospitals.

Last week alone, the St. Louis and Kansas City regions received 15,600 and 9,500 initial doses, respectively, through this partnership. This is in addition to doses other health care systems in these regions have received and is proportional to each region's population.

Additionally, two targeted vaccination teams are operational in both St. Louis and Kansas City (four teams total). These teams have been deployed to help vaccinate critical populations in areas that are considered “vaccine deserts.” These populations face limited health care access, travel capacity constraints, and other disparities that inhibit access to vaccines.

Targeted vaccination teams have identified these populations and are working with local clergies to arrange initial vaccinations for up to 500 Missourians per team each week.

“Some want to push the narrative that we are not adequately supporting vaccine efforts for our urban populations, specifically in the St. Louis and Kansas City regions, but that is simply not true,” Governor Parson said. “Our targeted vaccination teams are working tirelessly to support critical populations, and high throughput metro hospitals are receiving shipments of Missouri's allotted vaccine doses that reflect the large regional populations they serve.”

Vaccine doses distributed to Missouri pharmacies will be in addition to the state's weekly vaccine allotment. In Missouri, the federal government is partnering with Walmart and Health Mart pharmacies only. This week, 81 Walmart locations and 21 Health Mart locations across the state will begin receiving vaccines from the federal government. The state did not choose the pharmacies to which vaccines will be distributed.

To date, 965,800 first and second vaccine doses have been shipped to Missouri. Please note that the number of vaccines shipped does not equate to the number of vaccines received by state vaccinators. The 965,800 doses shipped includes vaccines allocated to CVS and Walgreens through the federal partnership to vaccinate residents and staff at long-term care facilities. Of these doses, 71.4 percent have been reported as administered.

Excluding vaccines shipped to CVS and Walgreens through the federal partnership, 609,860 first and second doses have been shipped to Missouri vaccinators as of February 8. Of these doses, 80.8 percent have been reported as administered.

To date, more than 698,400 doses of the COVID-19 vaccine have been administered to Missourians across the state. More than 531,000, or 8.7 percent, of Missourians have received an initial dose vaccination. On Thursday, Missouri hit its highest daily record for doses recorded with 47,761 doses given in a single day.

Missourians are encouraged to visit MOStopsCOVID.com to view the latest vaccine updates, find out when they are eligible for the vaccine, and locate available vaccinators in their area.